Meet the NMGCB Board of Directors 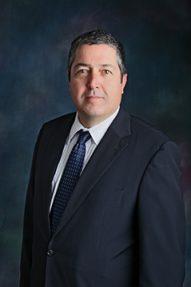 Commissioner Bregman was seven years old when his Grandfather first took him to Pimlico Race Course, and he has been an avid fan of horse racing ever since. He is married to Jackie Bregman, and they have three adult children Alex, Jessica, and A.J.

Commissioner Locher was appointed to the Attorney Seat in June of 2021 by Governor Michelle Lujan Grisham.  He is a 2003 graduate of the University of New Mexico School of Law. Commissioner Locher started with NMGCB in June of 2018 as a Staff Attorney and the bulk of his legal career has been spent in public service.  He was previously employed by the Legal Department of the City of Albuquerque and the New Mexico Public Defender Department.  Commissioner Locher holds a Master’s Degree from the Illinois School of Professional Psychology and a Bachelor’s Degree from the University of Iowa.  He is an avid audiophile of many genres of music, a motorcyclist and loves to travel.

Indy studied at the University of New Mexico in 2005, earning a Bachelor’s degree in both Communications and Public Relations. In 2014, he graduated from Saint Louis University School of Law School, where he helped organize and coordinate the Veteran’s Advocacy Project (VAP), which provided free legal assistance for homeless veterans living in downtown St. Louis. For his leadership at VAP, he received the David Grant Student Clinic Award, which is given to one graduating student each year for their commitment to public service. Darren now lives in Albuquerque and is licensed to practice law in New Mexico. In 2007, Indy enlisted in the New Mexico Air National Guard, completed his six-year enlistment commitment, and was honorably discharged in 2013.

Commissioner Billops was appointed to the CPA Board Seat June 2021

VAN J. BILLOPS, CPA/PFS, CEP brings a valuable combination of tax and investment expertise. Since 2009, he has worked in public accounting, providing corporate and individual tax, audit, as well as estate/wealth transfer planning, retirement planning, and wealth/investment management services to individuals. Prior to this, Van worked for various investment firms as a Mutual Fund Accountant and SEC Financial Reporting Manager.

When not training for a triathlon (multiple Ironman finisher), Van serves on various non-profit boards focusing on feeding the state’s hungry and helping those in need.